This Black Friday we have released a new Nickolls & Perks Exclusive from popular independent bottler Signatory Vintage. The whisky, which Craig Mills from N&P selected at the distillery earlier this year, is a 12 year old Edradour distilled in 2006 and matured in a refill sherry hogshead. Bottled on the 4th of November 2019, just 272 bottles were filled at 57.% ABV.

About the Edradour Distillery

Dating back to 1825, Edradour is commonly known for being the smallest traditional distillery in  Scotland. Tucked into the heart of Perthsire, the distillery, known as the ‘little model village’ is one of the most picturesque spots to share a dram.

In 2002, it was thanks to Signatory for acquiring the distillery and focusing solely on producing single malts, after their whisky had been used to produce a number of blended whiskies in the many years prior. Today, Signatory operate everything at Edradour, and since we’ve seen some fascinating whiskies being released, including an array of intriguing wine finishes to some of the best sherry-matured whiskies on the market.

Our first Nickolls & Perks exclusive from Signatory Vintage and a first from this distillery, this whisky is the final bottling of Scotch whisky that we will be releasing this year from our range of own-selected whiskies. Released just in time for Christmas, this single malt offers an amazing character with notes of dark honey and mocha followed by a plenitude of fruit. With just 272 bottles released from a single cask we don’t expect this one to hang around for long. 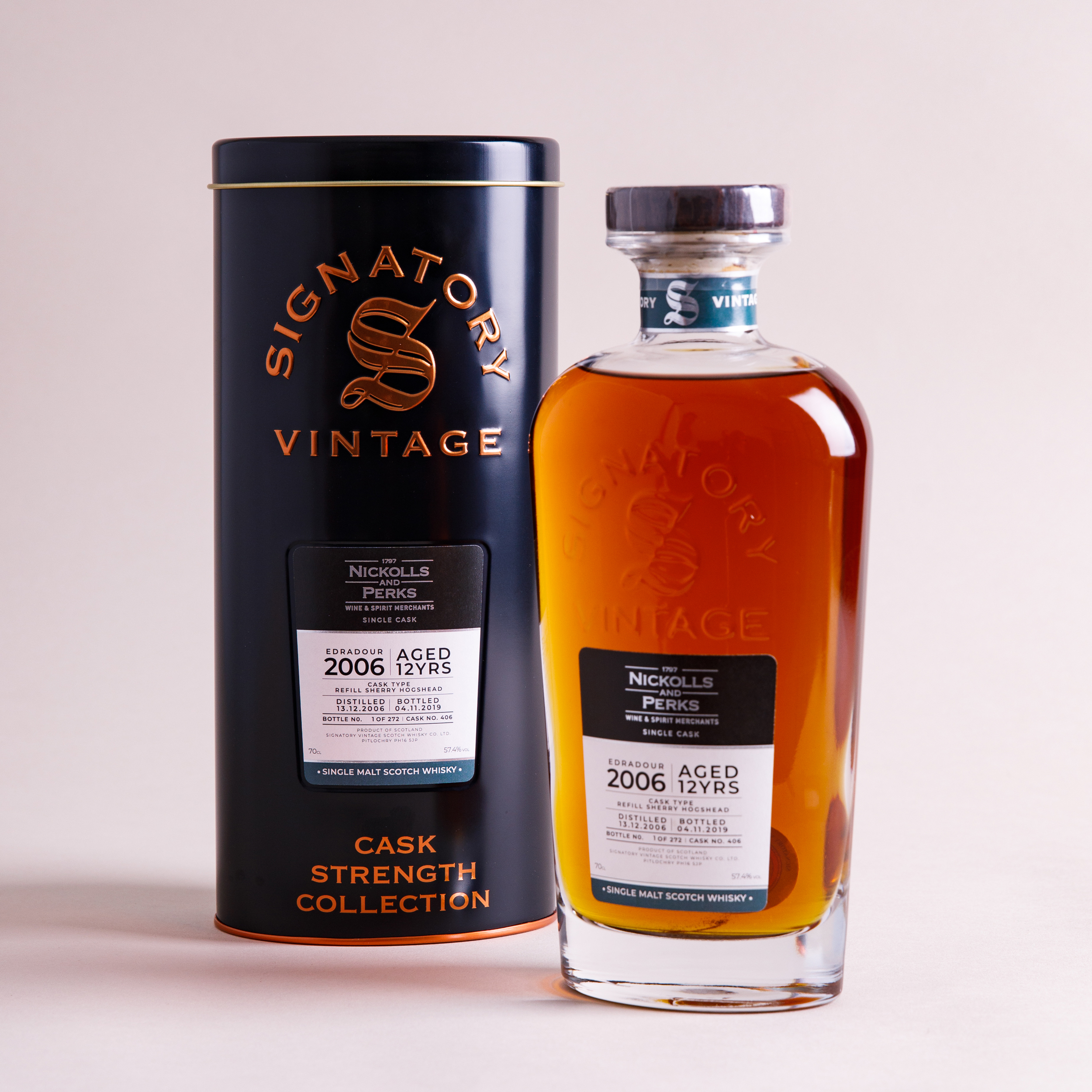 Comments: We think this takes the ever popular Edradour single malt onto another level, and offers a wonderfully balanced and elegant sherry oak character.

You can now pick up a bottle of Edradour 12 Year Old 2006 (cask 406) – Signatory Cask Strength Collection (Nickolls & Perks Exclusive) for £95 in-store or on our website here. Plus we are offering free UK delivery til Monday 2 December.