Our second American whiskey released exclusively for Nickolls & Perks is here! This single barrel rye whiskey from Kentucky Peerless Distillery Company in Louisville, Kentucky was picked after our spirit buyer Jerome Gardener visited the distillery during a road trip earlier this year. Aged for three years and four months, this rye is jam-packed with fruit and spice; juicy cherries, marmalade, cardamom and toasted spices to name just a few. Seeing as though it’s almost Christmas all UK orders will be shipped free and we’re also giving away Peerless T-shirts with the first 25 orders!

Distilled in March 2016, this rye whiskey has been made with what the distillery calls a ‘strictly sweet mash’, before it was aged for three years and four months. Shortly after our trip to the distillery, it was bottled at barrel proof (54% ABV), and named ‘The Merchants Cask’. Just 210 bottles were drawn from the barrel, lot number R160307110.

You might be wondering what the distillery is all about as their liquid isn’t readily available in the UK yet. Good job we managed to get a few moments with distillery owner of Corky Taylor, to find a little more about the story behind Icons of Whisky’s Craft Producer of the Year 2019. 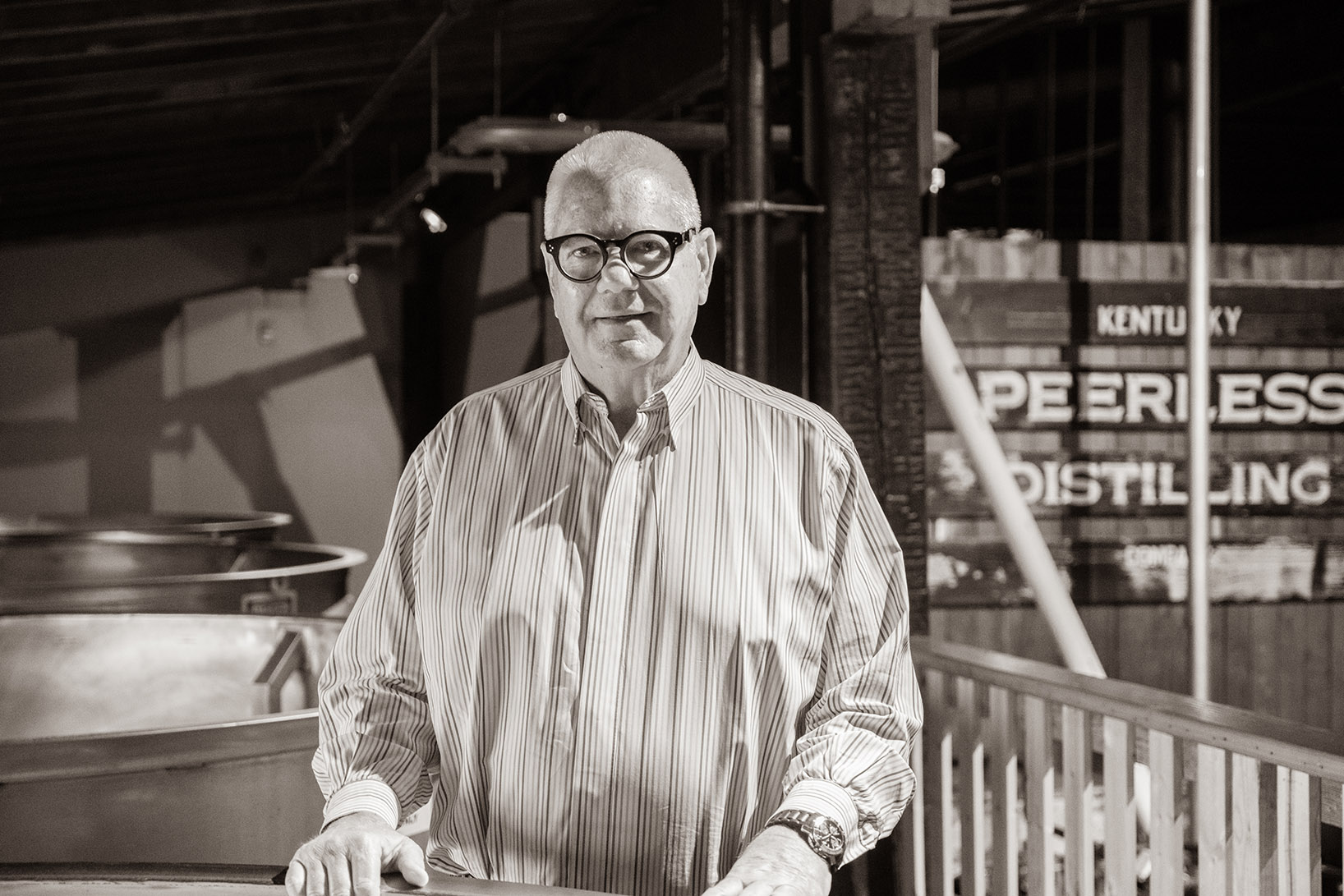 Nickolls & Perks: Was setting up a brand new distillery from scratch as easy as you thought?

Corky: The building of the distillery was what I expected, because I had my son Carson in charge. Carson owned and operated Taylor Land Company, planning and constructing homes in the Louisville area. As far as the setup, it took a little more time than expected, two years to be exact; but it was done right. We are very proud of what we have here because we very much appreciate people coming from all over the world to tour our distillery.

Nickolls & Perks: What is the inspiration behind the name Peerless?

Nickolls & Perks: Do you think the American Whiskey industry can sustain what seems to be endless growth and expansion?

Corky: I am not sure about endless growth, every business runs in cycles all though I believe that there is another 15 to 20 years of substantial growth in American Whiskey.

Nickolls & Perks: Do you have a favourite American whiskey (apart from your own of course)?

Nickolls & Perks: Where do you see the Peerless distillery in five year’s time, and are there any plans for doing a single malt which seems to be all the hype at the moment among “craft” distillers?

Corky: I see Peerless as a Globally recognized Craft Distillery in 5 years. We want to focus on high end quality products that we have total control of. As far as producing a single malt product, I do see us producing this especially after discussing this option with our Master Distiller Caleb Kilburn. You can get your hands on a bottle of Peerless 3 Year Old Single Barrel Straight Rye – Nickolls & Perks Exclusive 53.6% over on our website now.

You can now pick up a bottle of Peerless 3 Year Old Single Barrel – The Merchant’s Cask for £79.95 (including free UK shipping) in-store or on our website here.